I hope 2016 treated you well and that you are off to an even better 2017.
First I must apologize for the poor communication in 2016. I was involved in
some other issues, and was a bit late trying to get hold of our host, Rusty
May. I then had problems getting hold of Rusty to confirm dates and make
other necessary arrangements. The reason I had trouble getting hold of Rusty
was because he had had back surgery, then an infection which had kept him
in the hospital and out of circulation. When I was able to communicate with
him, I had a glitch in communicating with Jim Taylor, and things just fell
apart.

For that I do apologize.

Hammer In 2016 did happen, albeit somewhat smaller than usual.

After Hammer In, Rusty had a couple of more complications, but when I
spoke to him in early January he was being given a clean bill of health, and
was getting back into his usual activities. He said he was feeling better than
he had in some years.

SO, Hammer In 2017 is on, the dates are June 1 through 4. As usual, we
have NO PLAN and we WILL stick to it. All the usual things, as posted
below.

I am very much in hopes that those of you who have joined us before will
join us again, and any interested new people will join us too. We’re open to
anyone interested in working hot iron, and hope you’ll join us for a relaxed,
fun activity.

Feel free to contact us for information if you need.

See you then!
Jan Manning

Just a quick catch up on Hammer In and Rusty and Jo May. I’ve been down to visit Rusty and Jo a couple of times since last fall. The clean-up at their place after the flood has gone pretty well. The big piles of junk and trees are now all gone, as are the big piles of silt and sand that were washed in. It’s back to looking pretty much like our usual Hammer In site.

But sort of not, either. As of last week (April 7) all of the east pasture is pretty well leveled out, and the bank of the river more or less back to where it used to be. There is still the big cottonwood tree on the west side of the pasture, and most of the row of cottonwoods along the river bank, but there is only a little grass peeking through There is a new fence along the road, but no fence along the river. I am a little worried about the river bank. If we have a heavy runoff, as some are predicting. There is no vegetation as yet to stabilize the bank. The good news, I guess, is that the river bed is much wider and more open now, so maybe the runoff won’t cause any problems.

Rusty has told me they plan to reseed the pasture to grass, but has not yet done so. He may wait until after Hammer In to do that. Right now, for the most part, the whole of the pasture is the sandy silt from the flood. It’s possible that some grass may grow up through the places where the stuff is thin, but I don’t expect it to be anywhere near as grassy as it has been. So expect it to be sandy. Also, the ground is not likely to be as firm as it has been. I’m planning to make some longer stakes for my fly for this year because I don’t expect the old ones to be sufficient if we have much wind.

Rusty and Jo are expecting us in, and have been since I spoke to them right after the flood. They are currently living there on the place in a travel trailer belonging to one of their grand daughters. Jo tells me that they have been able to get some money to be able to finish restoring the shop and to rebuild the house, and things should be moving quickly now. Rusty’s shop is coming along nicely, with much of the interior rebuilt, and Rusty now working on his equipment. He was on a trail ride the last time I visited, but they will have a good month to work on things before we get there.

Other than that, things are moving along as usual. We plan to have Thursday as early set up day, hammer Friday and Saturday, eat a wonderful meal on Saturday evening, and do a relaxed break down on Sunday.

I’m looking forward to seeing everyone for Hammer In, 2014 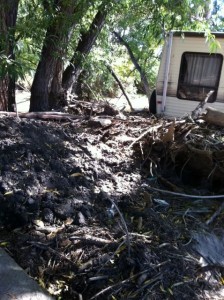 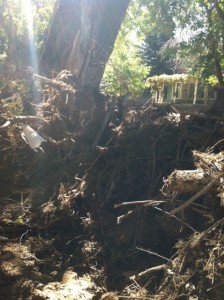 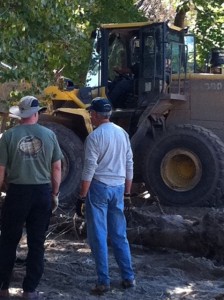 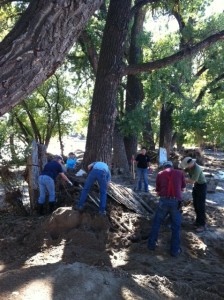 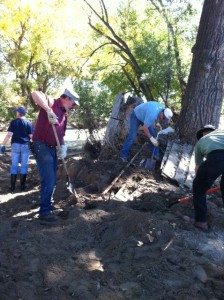 A really nice tong kit, and you can make the tongs to what ever you want:

Well, this years event, was great. We were worried just a little about the river, but it didn’t lick the bank, so we were good. There were a lot of folks, and great smiths. I’m looking forward to next year.

Here is a cool book from the Black Smith Chick. 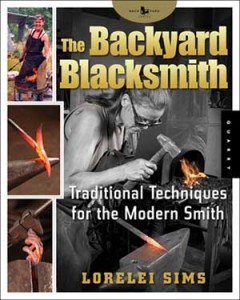 Well, not we, we, but we as in the Colorado Blacksmith community. Jan spoke with Oleo Acres in Berthod, and they have coal today Feb 7, 2011.  Their phone number is (970) 532-3490, and their web site is: http://www.oleoacresfarriersupply.com/ 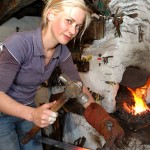